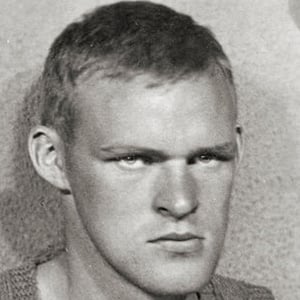 Soldier who was nicknamed "Jumpin' Joe" and was the only man to fight for both the U.S. and the Soviet Union during WWII.

He was part of the 101st Airborne "Screaming Eagles" division and was captured on a mission over occupied France.

He escaped from a prison camp and met up with a Russian tank brigade. He fought with this brigade until he was able to return to the U.S.

He grew up in Muskegon, Michigan.

He was honored by Soviet World War II general, Georgi Zhukov, as well as by Boris Yeltsin and Bill Clinton.

Joseph R. Beyrle Is A Member Of