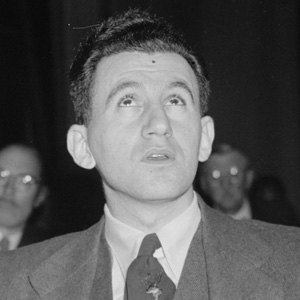 Pulitzer Prize and National Book Award winner for his work entitled Eleanor and Franklin, the first of two volumes he wrote about the United States first lady.

He obtained a master's degree from Columbia University in 1932.

His work was held at the New York State Archives in Albany, NY.

He was once married to Trude Wenzel Pratt Lash.

Eleanor Roosevelt was a close friend of his and he wrote two volumes about her, the first of which won the Pulitzer.

Joseph P. Lash Is A Member Of