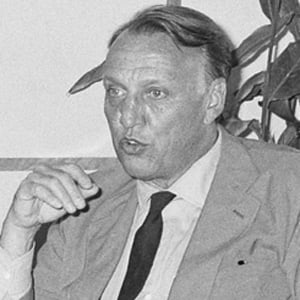 Acclaimed director of the 1960s who was heavily influenced by his McCarthy-era blacklisting.

He was called to testify before the House Un-American Activities Committee as a suspected Communist sympathizer. Afterwards he could not find work in Hollywood, so he decided to seek refuge in England.

He spent most of his artistic life in self-imposed exile in Britain, and his films naturally took on the tone of outsiders looking in and of a world cruel and uncaring.

He was born in La Crosse, Wisconsin, to an influential family.

Joseph Losey Is A Member Of