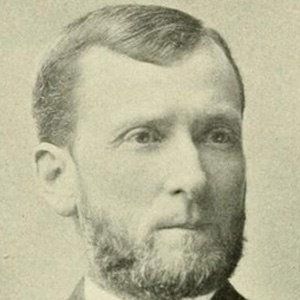 He attended St. Joseph's College and the Collegiate Institute at Benicia in California.

He also served as a member of the U.S. House of Representatives and an U.S. Attorney General.

He married Amanda Borneman in 1869.

He was nominated to the Supreme Court by President William McKinley.

Joseph McKenna Is A Member Of