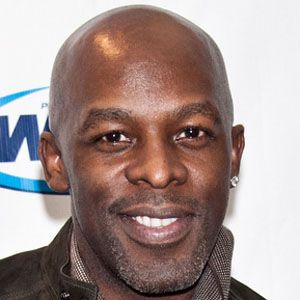 Best known by his stage name Joe, he released the Billboard and R&B Chart-ranked album My Name Is Joe and was nominated for seven Grammy Awards between 2000 and 2002. His hit songs include "Let's Stay Home Tonight" and "I Wanna Know."

After submitting demo tracks to record producer Vincent Herbert, he was signed by the Mercury Records label. His first album, Everything, was released in 1993.

He produced albums for several artists and bands, including Case, The Temptations, XScape, and Changing Faces.

The son of evangelical ministers, he was raised in Georgia and Alabama. He graduated in the early 1990s from Opelika High School in the latter state.

He collaborated with Mariah Carey on such songs as "Through the Rain" (remixed) and "Thank God I Found You."

Joseph Lewis Thomas Is A Member Of