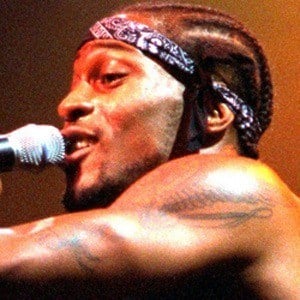 R&B and neo-soul singer, music producer, and songwriter. His best-known albums include Brown Sugar and Voodoo.

He was born Michael Eugene Archer. He began playing piano at the age of three. At eighteen, he left school to pursue a music career in New York City.

He produced and wrote "U Will Know" for Black Men United, a supergroup that included R. Kelly and Usher.

He was born in Richmond, Virginia and was raised in the Pentecostal faith by a minister father. D'Angelo had a son with fellow singer Angie Stone.

He was influenced by the musical style and career of Marvin Gaye.

D'Angelo Is A Member Of