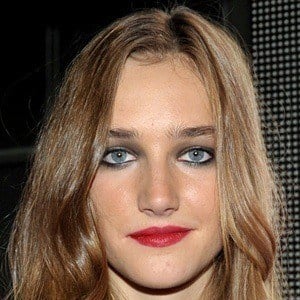 International model who became known after winning the French edition of Elite Model Look. She went on to represent her country for the international contest and placed seventh. She has appeared on numerous runways and editorials such as Vogue Ukraine, Harper's Bazaar Brazil, and Vogue Espana.

She won the Elite Model Look France contest in 2011 and her career took off from there.

She has walked in over 300 fashion shows and counting for the likes of Alexander McQueen, Calvin Klein, Elie Saab and Fendi.

She has a brother named Jules who is also a model signed with Elite Model Management.

She has appeared in advertisements for designer Donna Karan.

Josephine Le Tutour Is A Member Of