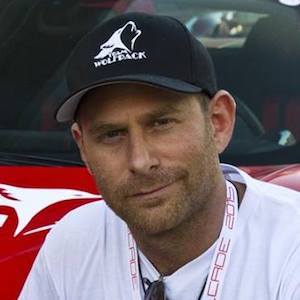 Professional race car driver who is best known for his sponsorship through Ferrari. He is also known as the Ferrari club President and as a business entrepreneur. As a member of Team Wolfpack, he has won several team awards for his competitions in the gumball 3000 rally.

He began by serving on the advisory board for Briggs Automotive Company where hr produced the BAD Mono single seater. The car was later featured on the popular show Top Gear where it became the 2nd fastest car on the show.

He was both born and raised in St. Catharines, Canada.

In 2013, he joined Canadian progressive house music producer Deadmau5 to custom design and test their own Bac Mono cars on the Anglesey circuit.

Josh Cartu Is A Member Of