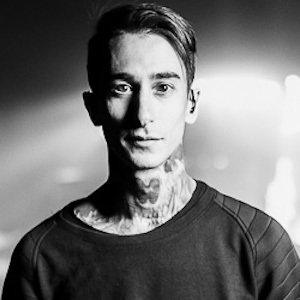 Known for his time as the lead singer of the British electronic rock band Modestep. He and his bandmates released their second full length studio album, London Road, on May 26, 2015. It peaked at #23 on the Billboard Top US Dance charts.

He had been in a litany of bands prior to forming Modestep in 2010. He and Nick Tsang, the band's guitarist, were the original co-founders.

He has played at various festivals all over the world as the lead singer of Modestep, including Coachella in 2013. He and his bandmates released their first studio album, Evolution Theory, that same year.

He was born and raised in London, England. His brother Tony is also a member of Modestep.

He has played for Ed Sheeran as an opening act and as the lead singer of Modestep.

Josh Friend Is A Member Of