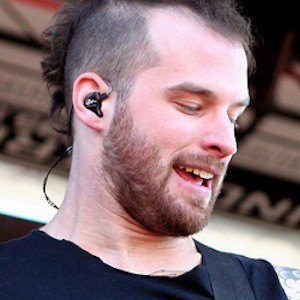 Bassist and backup vocalist who came to fame as a member of the American metalcore band As I Lay Dying. Following the band's hiatus in 2014, he and other members of As I Lay Dying began performing as Wovenwar and released their self-titled debut album later that year.

He was a member of the band This Endearing before being recruited to join As I Lay Dying in 2007.

He founded the recording studio Echelon Studios East in his hometown of Birmingham, Alabama in 2010.

He has a younger sister named Tori.

He has shared the stage with guitarist Nick Hipa in As I Lay Dying and Wovenwar.

Josh Gilbert Is A Member Of