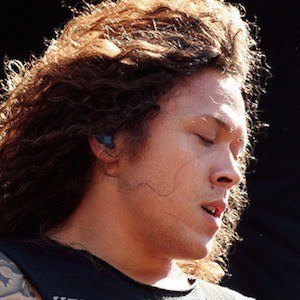 Guitiarist who first came to fame as a member of the award-winning metalcore band As I Lay Dying. Following the arrest of vocalist Tim Lambesis in 2013, he and the other members of the band regrouped to form Wovenwar, who released their self-titled debut album in August 2014.

He grew up in Dallas, Texas and was childhood friends with bandmate Shane Blay. He played in the band Evelynn before joining As I Lay Dying.

He gave his opinions on the top ten metal guitarists of all time to MusicRadar.com in 2012.

As a member of As I Lay Dying he toured with August Burns Red, featuring guitarist Brent Rambler.

Nick Hipa Is A Member Of