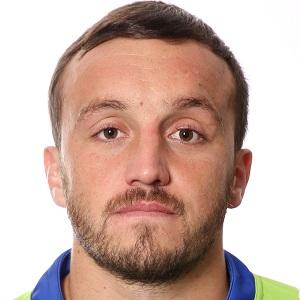 English rugby league hooker who has made a name for himself as a member of the Hull Kingston Rovers and Canberra Raiders. He began representing England internationally at the Under-17 level in 2012.

He was born in Hull and began playing for his hometown team in 2009.

He won every major award at Hull Kingston's End of Season awards for the 2013-14 season.

His parents are named Nikki and Dave. He has a brother named Richard.

He was teammates with Sean O'Loughlin on the English squad at the 2014 Rugby League Four Nations.

Josh Hodgson Is A Member Of