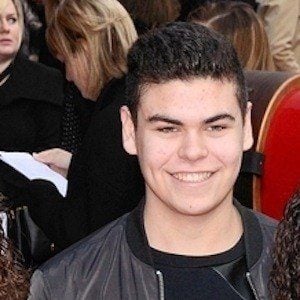 Gained fame as one of the original stars of the British reality series Gogglebox which premiered in 2013.

His father used to work at a kosher restaurant, though he was a chauffeur at the start of Gogglebox. His mother was a nursery teacher.

He was joined on Gogglebox by his parents, Jonathan and Nikki, and sister, Amy. His Instagram is littered with photos with his girlfriend, Hannah Sterman.

He appeared on Gogglebox alongside George Gilbey and Sandi Bogle, amongst countless others.

Josh Tapper Is A Member Of