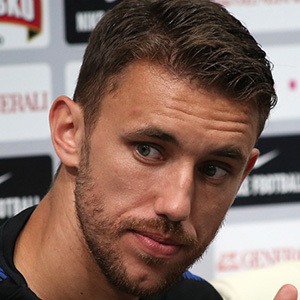 His youth career began in 1999 when he played for the Dinamo Zagreb club. He joined their senior team in 2008. He was then loaned out to the Lokomotiva club in 2008 where he stayed for several years. He joined the Croatian national team in 2013.

He is known for having been the FIFA World Cup runner up during the 2018 season as part of Croatia's national team.

He was born and raised in Zagreb, SFR, Yugoslavia and often shares photos with his wife, son, and daughter through his Instagram.

He played alongside Domagoj Vida and Dejan Lovren as part of the 2018 squad for Croatia's national team.

Josip Pivaric Is A Member Of