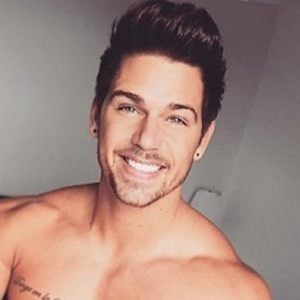 Fitness model and personal trainer who has been sponsored by brands like Pursue Fitness and whose physique has earned him more than 800,000 followers on Instagram. In 2014, he was featured on the British MTV reality series Ex on the Beach.

He grew up a passionate sports fan, playing rugby and soccer.

He was crowned Model of the Year at a pageant run by model Kerri Parker in 2012.

He has a younger sister as well as an older brother.

He is the ex-boyfriend of Ex on the Beach star Talitha Minnis.

Joss Mooney Is A Member Of