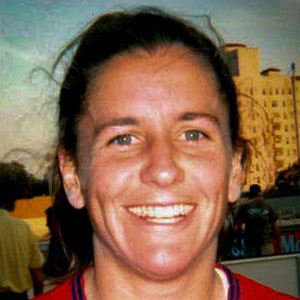 Defender best known for playing on the United States national team from 1987 to 2004; she also played for Ajax and the San Diego Spirit.

She was a three-time first team All-American at the University of California, Berkeley.

She raised three children with her husband Walter Fawcett.

She was a member of the 1999 World Cup team that featured the famous Brandi Chastain celebration.

Joy Fawcett Is A Member Of