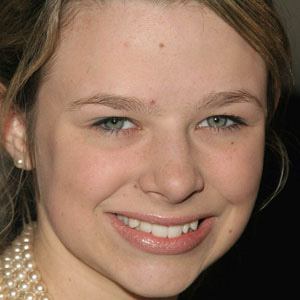 Known best for her role as Danielle Van de Kamp on the popular ABC series Desperate Housewives, Lauren is also notable for her guest star roles in episodes of The Division, The Closer, and Shark.

During her younger years, she appeared in several productions at the Alliance Theatre in Atlanta, Georgia.

In 2012, she earned a bachelor's degree in American History from Columbia University.

Born Lauren Joy Jorgensen and raised as a member of a family of Danish heritage, she spent her childhood in Atlanta, Georgia; Vail, Colorado; and Los Angeles, California.

She and Brenda Strong were both in the cast of Desperate Housewives.

Joy Lauren Is A Member Of