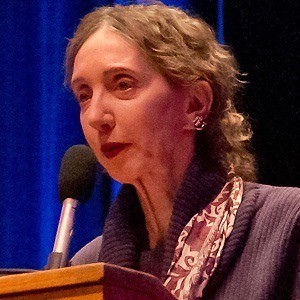 American author of numerous novels, short stories, plays, poems, and essays. She received the National Book Award for her 1969 novel, them, and was nominated for the Pulitzer Prize for Black Water (1992), What I Lived For (1994), and Blonde (2000).

She began writing at age fourteen and was the first in her family to finish high school. She graduated at the top of her class at Syracuse University in 1960 and published her first novel, With Shuddering Fall, four years later.

She received the 1967 O. Henry Award for her short story, In the Region of Ice. A decade later, she began teaching creative writing at Princeton University.

She dedicated her serial killer-themed short story, Where Are You Going? Where Have You Been?, to folk singer/songwriter Bob Dylan.

Joyce Carol Oates Is A Member Of