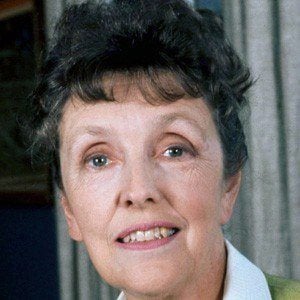 English comic and actor who said, "Progress everywhere today does seem to come so very heavily disguised as Chaos."

She toured and performed for British troops during WWII.

She and her acclaimed pianist performed for British troops throughout India, the Middle East, Southern Italy, and North Africa in the midst of WWII.

She married Reginald Pascoe Grenfell in 1929.

She became famous in the US from her appearance on The Ed Sullivan Show with Elvis Presley.

Joyce Grenfell Is A Member Of