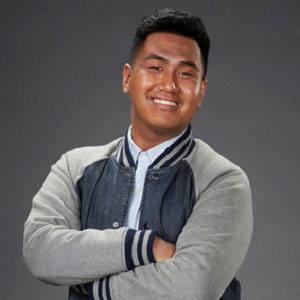 Pop singer initially known for his appearance as a contestant in the fourth season of American Idol. He later gained a resurgence as a member of Team CeeLo in season 3 of the Voice.

He made his first major appearance in 2005 auditioning for American Idol.

One of his most popular YouTube videos, a performance of his original song "By Change (You & I)", earned more than 7 million views after it was posted in May 2010.

Though he was native to Anchorage, Alaska, he later moved to Las Vegas, Nevada.

He collaborated with Andrew Garcia and Brian Puspos in the April 2015 YouTube cover of "Earned It" by the Weeknd.

JR Aquino Is A Member Of