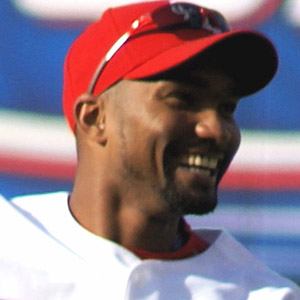 MLB outfielder who won World Series titles with the Florida Marlins and the St. Louis Cardinals. In 2003 he became the first outfielder in Marlins history to record a fielding percentage of 1.000.

He was the fourth-youngest player in the American League during his first year with the Detroit Tigers in 2002.

His career was unfortunately cut short by a foul ball which hit him in the eye in 2007.

He and his family established the Juan Encarnacion Foundation to help eliminate hunger in 2005.

He won a World Series ring alongside Cardinals teammate Albert Pujols in 2006.

Juan Encarnacion Is A Member Of