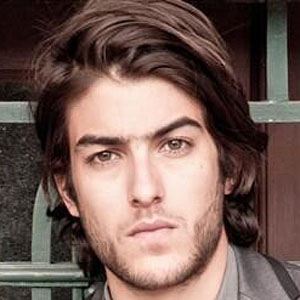 Best known for his Premios Canacine-winning role as Charlie Noble in the 2013 Mexican comedy movie Nosotros los Nobles, this screen star also had a career as a stage actor, performing in 2010 in a Mexico City production of Todo sobre mi madre (All About My Mother).

In 2014, he joined the cast of a Mexican telenovela titled Mi corazon es tuyo.

He was born and raised in the northwest Mexican city of Culiacan. In June 2019, he announced on his social media that he had broken up with actress Sofía Castro.

He and Ana Claudia Talancon were both in the cast of the Teatro de los Insurgentes' production of Todo sobre mi madre.

Mi Corazón Es Tuyo
El Dragón: Return of a Warrior
A Que No Me Dejas
More