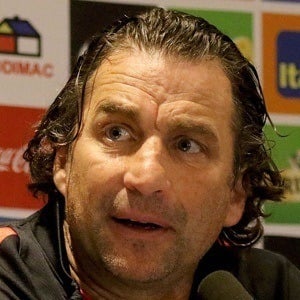 Long-time striker turned football manager who became the head coach of the Chile national team in 2016. He represented Spain as a player for 4 years, appearing with them in a single World Cup and single European Championship. He was a manager for more than a decade before landing the Chile job.

He was brought up through the youth system of Rosario Central and spent his first few years at the senior level with the club.

He was a teammate of Ronaldo and Sonny Anderson during his tenure as a player with FC Barcelona.

Juan Antonio Pizzi Is A Member Of