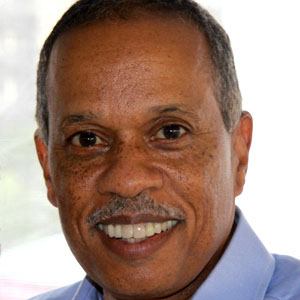 In 1976, he graduated with a degree in philosophy from Haverford College.

A highlight of his career was being honored with an Emmy Award for his television documentary writing.

He had three children with Delise Susan, whom he married in 1978.

He's guest hosted for Bill O'Reilly on his show The O'Reilly Factor.

Juan Williams Is A Member Of