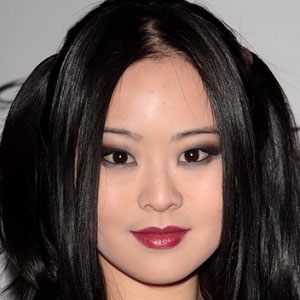 Notable for her roles in the primetime television series Buffy the Vampire Slayer, House, ER, Grey's Anatomy, The OC, 8 Simple Rules, The Deep End, and Studio 60 On the Sunset Strip, she also starred as the popular "nerd-herder" Anna Wu on NBC's Chuck.

As a dancer, her first award-winning solo performance aired on national television when she was 8 years old. She was elected as a state finalist in the Miss America Pageant when she was 16.

G4TV named her the "No. 1 Woman of Geek Culture" while she was on Chuck. She was selected as a finalist to compete in the International Top 100 and won the "Best Acting Award" for her performance at the 2007 Jackie Chan Disciples martial arts competition.

She was born in Temple City, California and attended Temple City High School where she was a scholar athlete in dance, tennis and swimming.

She was cast in the Fox sitcom I Hate My Teenage Daughter, voiced a sketch in Chinese for Conan O'Brien and performed opposite Academy Award winner Adrien Brody in the movie High School.

Julia Ling Is A Member Of