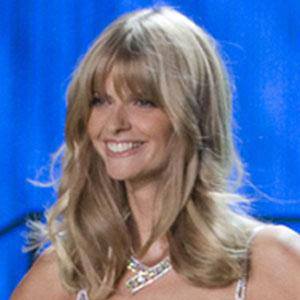 Elle magazine cover girl who appeared in advertisements for Celine, YSL, Dior, and walked the runway for Chloe.

She was discovered by a modeling scout at an Oktoberfest party just before her 15th birthday, and after finishing school she turned to modeling.

As the face of Maybelline, she appeared in the brand's television commercials as well as print ads. She also modeled Hugo Boss apparel for five seasons straight.

Her father, Günter Stegner, was an executive for LSI Corporation and her mother was an accountant.

She and actor Orlando Bloom were once both UNICEF Goodwill Ambassadors.

Julia Stegner Is A Member Of