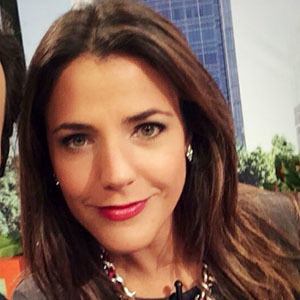 Chilean journalist and television presenter who is known for her work within the La Red network. She is known for hosting the shows Mananeros, Asi Somos, and Latin American Idol.

She started her career as a commentator in 2001 with the Chilevision. Later that same year, she joined the Canal 13 network and started hosting Pantalla Abierta.

She is also known for frequently hosting the Telethon Chile on the Anatel network including in 2011 and 2012.

She married Leopoldo Munoz and together they had a daughter named Julia.

Other television hosts known for their work on the La Red network include Mary Mendez and Carlos Vargas Vargas.

Julia Vial Is A Member Of