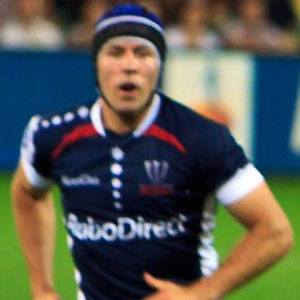 Australian rugby union footballer who was named Australian Rookie of the Year in 2008.

He attended Sydney Grammar School and The King's School in Sydney, Australia.

He was diagnosed with a brain tumor in 2008; after successful surgery, he began playing rugby again in 2010.

He and Indonesian Guy Shepherdson both played for the Melbourne Rebels.

Julian Huxley Is A Member Of