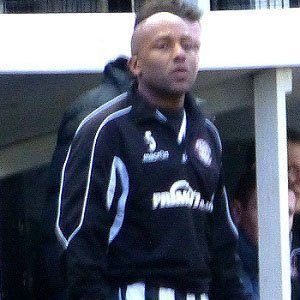 Striker in the Premier Leagues who amassed over 100 goals in 450 appearances. He starred for Aston Villa from 1996 to 2001, netting 39 goals in 49 appearances while leading the team to the FA Cup finals in 2000.

He started his career in the youth system of Leicester City and debuted professionally for the team in 1992.

He helped lead the English U18 team to a UEFA European U18 Football Championship in 1993.

He grew up in Peterborough, England.

He and Christian Benteke both played for Aston Villa.

Julian Joachim Is A Member Of