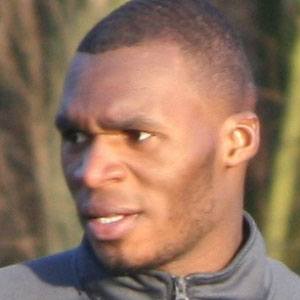 Belgian striker who joined Aston Villa in 2012 after previously playing for Genk and Standard Liege. He joined Liverpool in 2015 and Crystal Palace a year later.

He began his youth career with JS Pierreuse in 1996.

After playing for several Belgian age-group teams, he became a member of the Belgian national team in 2010.

His family fled Zaire (now Democratic Republic of the Congo) during the Mobutu regime and emigrated to Belgium while he was a child. His brother Jonathan has also played professional soccer.

He and Romelu Lukaku have played together on the Belgian national team.

Christian Benteke Is A Member Of