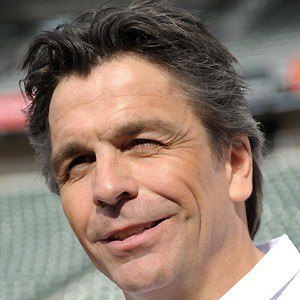 Actor who starred as Jerry Jacks on the soap opera General Hospital from 1998 to 1999, and as Sir Raven in The Grim Adventures of Billy and Mandy.

He appeared in a 1995 episode of the teen TV series California Dreams.

He married Barbara Blatz in 1987 and they had two children.

He played Derek Hammond in the film When in Rome, starring Mary-Kate and .

Julian Stone Is A Member Of