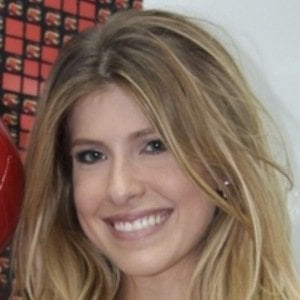 Classical pianist who has performed with some of the most prestigious orchestral groups in the world, including the Chamber Orchestra of Kazakhstan and Vera Cruz Philharmonic. She has released several classical piano albums, including Juliana D'Agostini +  Catalin Rotaru (2011).

She began playing piano at age 5 and later studied the instrument at the University of São Paulo.

She teamed up with rapper Projota for the "Preste Atenção" music video in 2013.

She has been known to play pieces by legendary composers like Franz Liszt and Frederic Chopin.

Juliana D'Agostini Is A Member Of