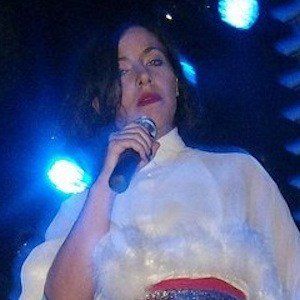 Argentine singer most famous for being a member of the electro-pop band Miranda! As a member of the band, she has taken home numerous accolades for albums like 2009's Es Imposible! and 2011's Magistral.

She was involved with a variety of artistic pursuits as a teenager, including theatre, painting and ceramics. She joined Miranda! in 2001.

She has a daughter named Juana Ghattas.

Juliana Gattas Is A Member Of