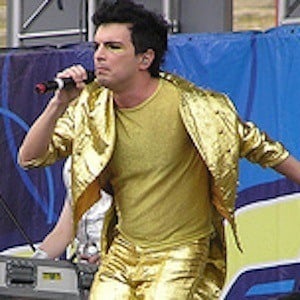 Argentine singer and guitarist famous for his falsetto singing as the frontman of the award-winning electro-pop band Miranda! In 2015, he joined the South American supergroup Meteors.

His parents bought him his first guitar while he was in kindergarten. He got his start singing in the band Mama Vaca in the 90's.

He was a coach on the first season of The Voice Argentina in 2012.

He has dated model Andrea Rincon.

He worked with singer Julieta Venegas on the Miranda! song "Perfecta."

Ale Sergi Is A Member Of