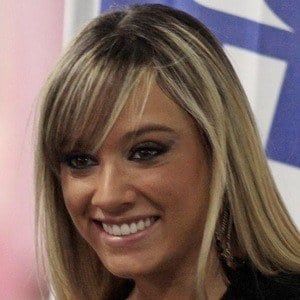 Model who became known to Brazilian television audiences as one of the Panicats, who were assistants on the comedy show Pânico na TV. She has appeared on the cover of Playboy magazine and been a reporter for the show Legendários.

She grew up in Sao Paulo, Brazil and made her television debut in 2008.

She voted the sexiest woman in the world by readers of VIP magazine in 2010.

She married bodybuilder Felipe Franco in 2015.

She came to fame on Pânico na TV, which has featured blogger Jade Seba.

Juliana Salimeni Is A Member Of