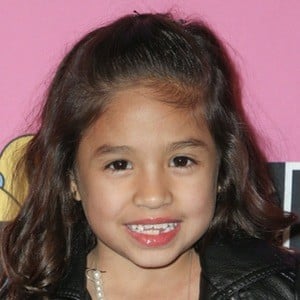 Actress who became known to many by playing Isela Camayo on Hulu's East Los High. She has also played young Jane on Jane the Virgin and Lita in the comedy Instant Family (2018).

She was a baby model who appeared on the cover of Houston's Style Magazine in 2014.

She played the young version of Gina Rodriguez's character on Jane the Virgin.

Julianna Gamiz Is A Member Of