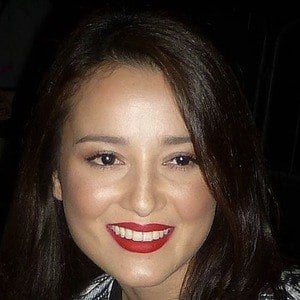 Most famous for her roles in the horror films Kuntilanak (released in 2006) and Rumah Dara (2010), this Indonesian actress has also appeared in several television series and music videos.

When she was just fifteen years old, she co-starred with Marcel Chandrawinata in the film Alexandria.

She participated in advertising campaigns for Magnum ice cream and Lay's potato chips.

She grew up in Jakarta, Indonesia, as the daughter of a Chinese-Indonesian mother and a French-American father. Her sister, Cathy Sharon, also had a career as an actress.

She and her Indonesian contemporary Alexander Rendell both became known for their roles in horror films.

Julie Estelle Is A Member Of