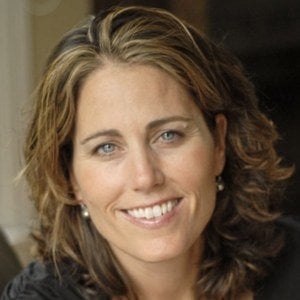 Retired professional soccer player and sports analyst best recognized as a reporter and color commentator for women's soccer telecasts on ESPN. She served as the co-captain of the U.S. women's national soccer team for nine years before becoming captain until her retirement in 2004.

She completed her collegiate soccer career with Stanford University. While there, she earned the title of 1991 Soccer America Player of the Year.

In 2006, she launched the The Julie Foudy Sports Leadership Academy, a camp for young girls dedicated to weaving together sports and leadership.

Her husband, Ian Sawyers, is an established soccer coach. She gave birth to their daughter, Isabel Ann, on New Year's Day 2007 and their son, Declan, in December the following year.

In 2007, she was inducted into the National Soccer Hall of Fame alongside fellow U.S. national teammate Mia Hamm.

Julie Foudy Is A Member Of