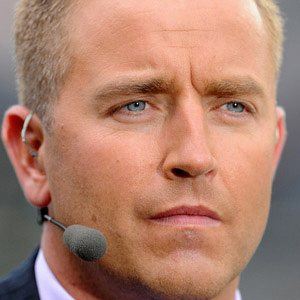 He played quarterback at the Ohio State University where he set the record for completed passes against archrival Michigan (28) in 1992.

In 2010, he started hosting a weekly college football radio show on 97.1 The Fan in Columbus.

He had four sons with his wife Alison Butler.

Kirk Herbstreit Is A Member Of