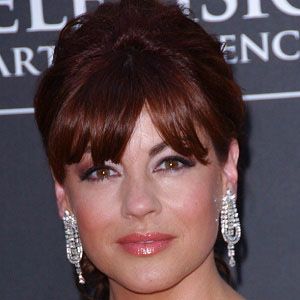 Most well known for her roles as Janet Ciccone and Billie Reed on the respective American soap operas As the World Turns and Days of Our Lives, she is also notable for her earlier portrayals of Shiloh on The Young and the Restless and Eve Lambert Thornhart on Port Charles.

She began her screen acting career in the early 1990s, making brief appearances in the films The Mambo Kings and Unstrung Heroes.

Her work on As the World Turns won her a Daytime Emmy, and her performance on Port Charles earned her two Soap Opera Digest Award nominations. In 2010, she took over the role of Bille on Days of Our Lives from actress Lisa Rinna.

A native of Fremont, California, she is the daughter of an opera singer. In 2006, she married fellow Days of Our Lives actor Billy Warlock.

Julie Pinson Is A Member Of