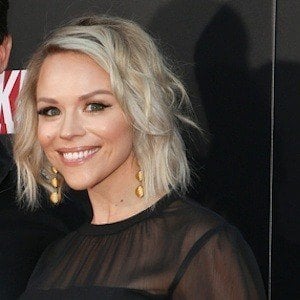 Blogger and entrepreneur who co-founded OMG! Publicity, where she manages publicity for a variety of entertainers, as well as the blog of the same name. Some of her most notable clients include Lenny Kravitz, Devon Franklin and Meagan Good.

She began living in Nashville, Tennessee when she was 9 years old. She eventually earned a B.A. in public relations management from the University of Tennessee-Knoxville.

She has hosted her own podcast called The Influencer Podcast.

She married actor Johnathon Schaech, with whom she has a son named Camden, in 2013.

She has handled publicity for The Bachelorette's Emily Maynard.

Julie Solomon Is A Member Of