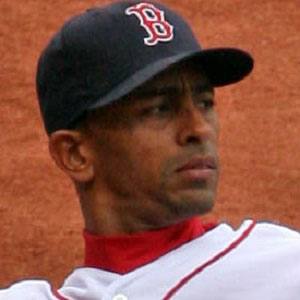 At different points in his career, this Dominican-born baseball infielder played for the Houston Astros, the Tampa Bay Devil Rays, and the Boston Red Sox, and also played single seasons with the L.A. Dodgers, St. Louis Cardinals, Baltimore Orioles, and Atlanta Braves.

He played for the Fort Hamilton High School (New York) baseball team and went on to become a star player on the Connors State College (Oklahoma) team.

He ended his career with a .269 batting average and a tally of 80 home runs.

Julio Lugo Is A Member Of