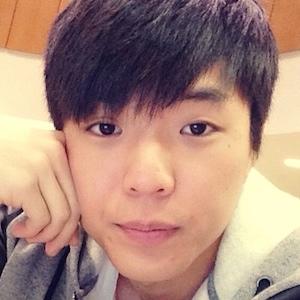 Accomplished violinist who performed as a senior soloist in the 2010-2011 High School South Philharmonia Symphonic Orchestra and as a Concertmaster in the 2010 NJMEA High School All-State Orchestra.

He frequently covers popular artists songs with his violin. One of his earliest videos featured a cover of the song "Lighters" by Eminem.

He has a strong web presence on YouTube, with 1.4 million users subscribed to his JuNCurryAhn channel. He and 4 others made up a K-pop group called BOYS generally ASIAN.

He was born in Seoul, South Korea and moved to West Windsor, New Jersey when he was in the third grade. He has a sister whom he admires.

One of his more popular YouTube videos is a cover of the song "Rolling in the Deep" by Adele.

Jun Sung Ahn Is A Member Of