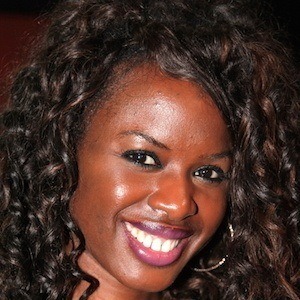 Television personality and host who initially became well known as a presenter for MTV UK & Ireland's Dance Floor Chart. She then went on to co-host Your Face Or Mine? with Jimmy Carr and originate the urban talk show Dirty Laundry. She has also presented for Playing It Straight, Smash Hits Poll Winners Party, and the Party In The Park.

After graduating from Sir George Monoux College, she began her media career working with the radio station Kiss 100.

In 2007, she was appointed an Officer of the Order of the British Empire for her service to urban music.

Her late brother, Sam, was a renowned actor and host of MTV's Yo Momma before his suicide in October 2015.

June Sarpong Is A Member Of