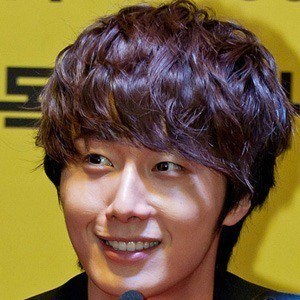 Best known from his role in the film, Flower Boy Ramyun Shop and as Prince Yang Myung in Moon Embracing the Sun.

He had his big break in 2006 when he was cast as teen motorcycle fanatic, Lee Yoon Ho on the sitcom, Unstoppable High Kick.

He was named Asia's Actor of the Year at the Huading Awards in 2012 and was the first non-Chinese actor to do so.

His father is a former TV news anchorman.

He was in a serious car accident with friend and fellow actor, Lee Min-ho.

Jung Il-Woo Is A Member Of