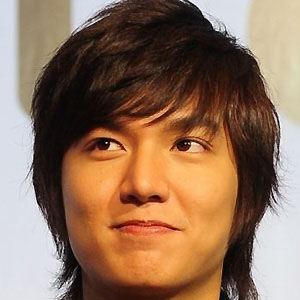 South Korean television actor best known for his role as Gu Jun-pyo on the 2009 South Korean TV series Boys Over Flowers. He also played lead roles on the series City Hunter and The Heirs and starred in the 2015 film Gangnam Blues.

He became an actor because it was a dream of his fathers who was never able to pursue the dream himself. He had his fist acting role at age five in Soonpoong Clinic.

He won the 2009 Beak Sang Art Award for Best New Actor for his role on Boys Over Flowers.

He has dated actresses, Park Min-young and Kim Hee Sun. In 2015 he began dating singer Bae Suzy; however they broke up at the end of 2017.

He co-starred with Ku Hye-sun on Boys Over Flowers.