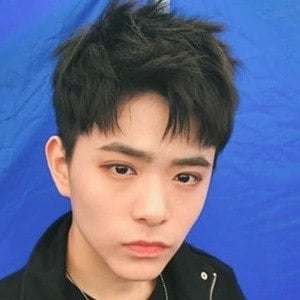 Rose to fame as the vocalist and guitarist for the South Korean rock band The East Light. The band, formed by Media Line Entertainment in 2016, released the debut EP Six Senses in July of 2017.

He and his fellow The East Light members Eun-sung and Woo-jin were all competitors on Mnet's Voice Kids Korea before joining the band.

In 2011, he competed on the Mnet talent series Superstar K3.

Born and raised in South Korea, The East Light was formed in Seoul.

On Superstar K3, he was judged by Lee Seung-chul, Yoon Mi-rae, and Yoon Jong-shin.

Sagang Jeong Is A Member Of