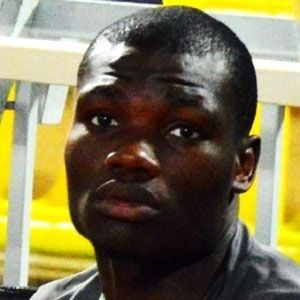 Remembered as a defensive midfielder for the German VfL Wolfsburg football club, Malanda tragically died in an automobile accident at the age of twenty. Over the course of his brief career, he scored nine goals.

He played his youth soccer career for Belgium's R.S.C. Anderlecht club and France's Lille OSC Under 19 squad. He went on to play over sixty matches for Zulte Waregem in Belgium.

At the time of his death, he was a hopeful for Belgium's national soccer team.

Born Bernard Malanda Adje to a family of African heritage, he was raised in Brussels, Belgium.

He and soccer defender Ricardo Costa both played for VfL Wolfsburg during the early 2000s.

Junior Malanda Is A Member Of