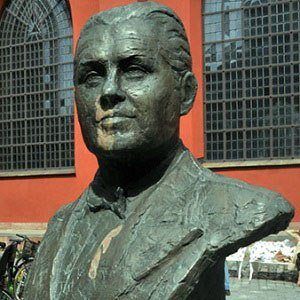 He made his operatic debut in a 1930 Royal Swedish Opera production of Puccini's Manon Lescaut.

During the 1940s and 1950s, he sang in numerous Metropolitan Opera productions, including Aida, Rigoletto, and Madama Butterfly.

His father, David Bjorling, was also a gifted singer. Recognizing his son's vocal talent, the elder Bjorling arranged for his four-year-old son to sing with the family's all-male quartet.

In the last year of his life, he performed with fellow opera singer Leontyne Price in a recording of the Verdi Requiem.

Jussi Bjorling Is A Member Of