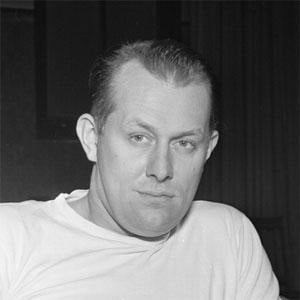 Baritone singer, trumpeter, and bandleader who recorded "Ghost Riders in the Sky" and "Racing With the Moon."

He was his senior class president and voted Most Likely to Succeed in his yearbook. In Boston, Monroe put together his first orchestra.

He received two stars on the Hollywood Walk of Fame.

He married Marion Baughman in 1940.

His version of "Let It Snow" was featured in the film Die Hard, which starred Bruce Willis.

Vaughn Monroe Is A Member Of